We are fortunate to live on the shore of the Red Sea, surrounded by a beautiful natural marine ecosystem. The entire KAUST community recognizes the importance of this unique marine ecosystem, and regards it as an integral part of our educational and social responsibility mission. In fact, this habitat is mentioned in our environmental stewardship policy, which affirms that “protecting the precious marine environment surrounding the University” is an important goal for KAUST.

In the coastal waters around KAUST are coral reefs, mangroves, seagrass meadows, and macroalgae (seaweed). These wilderness areas are a living laboratory for scientists to explore new ways to conserve coastal marine environments.

In a baseline survey of the marine environment with special focus on the coastal areas adjacent to the university, KAUST has identified a variety of habitats within our shoreline and shallow waters, including intertidal sand and mudflats, mangroves, seagrass, sabkhas (salt-flats just above the water table), sandy and rocky shores, and microalgae and coral communities in lower intertidal and upper subtidal zones. 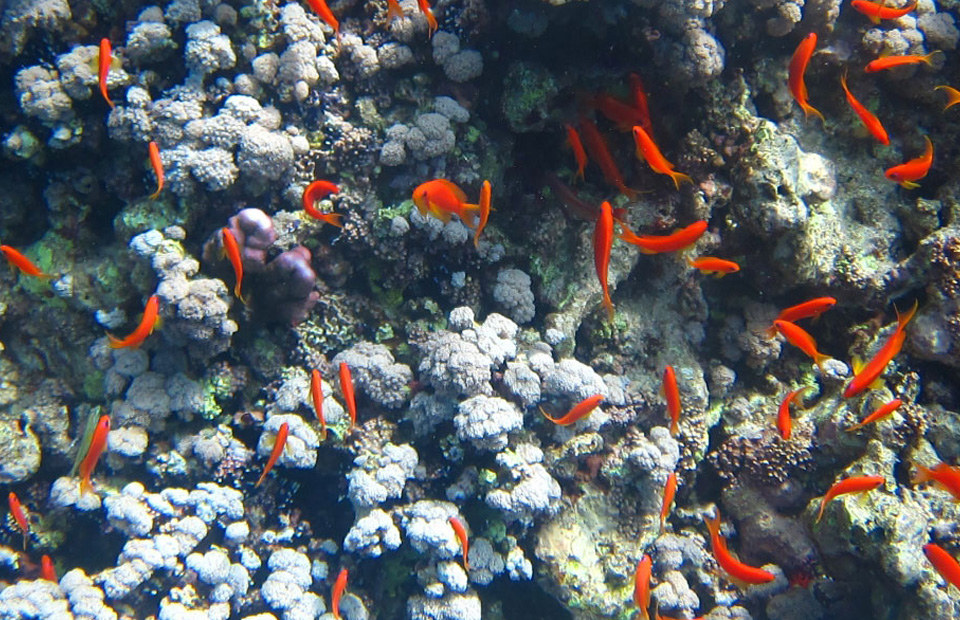 Corals are often called “the rainforests of the sea” because the reefs they form are among the most biodiverse ecosystems on earth. They form a delicate habitat that provides food and shelter for many living organisms that depend on reef ecosystems to survive. Coral reefs also provide enormous opportunities for education and recreation.

A study of marine areas around KAUST identified 181 species of coral. The most common are species belonging to the Acropora, Dipsastrea (formerly Favia), Montipora, Goniopora, and Favites genera. The study also recorded intact and diverse coral reefs slightly further from KAUST, in the open waters of the Red Sea.

The diversity of fish found on our reefs is amazing. Species range from large predators such as sharks, grouper, and barracuda, which prey on other fish, to small fish such as clownfish and angelfish, which eat plankton, algae, and other small food items. These vibrantly colored smaller fish also attract people to reefs for education and recreation.

Around 136 species of fish have been recorded at reef sites around KAUST. Wrasses are the most predominant species, followed by damselfish, parrotfish, butterflyfish, grouper, and surgeonfish. A population of dolphins has also been observed in our surrounding waters. 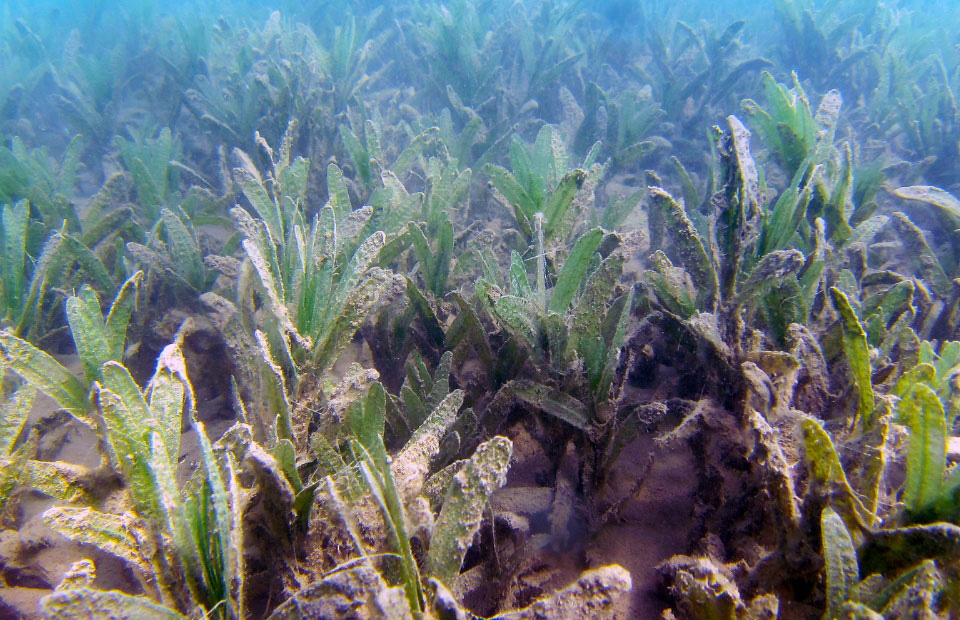 Seagrass beds are distinct habitats of shallow coastal ecosystems. In addition to providing essential food and shelter to marine life, these flowering plants hold sediments in place with their root systems, and reduce erosion of the coastline.

Two distinct seagrass beds have been recorded along KAUST’s shoreline, one near the KAUST Beacon and the other near the King Abdullah Monument. Both contain the species Halophila ovalis and Halodule uninervis. 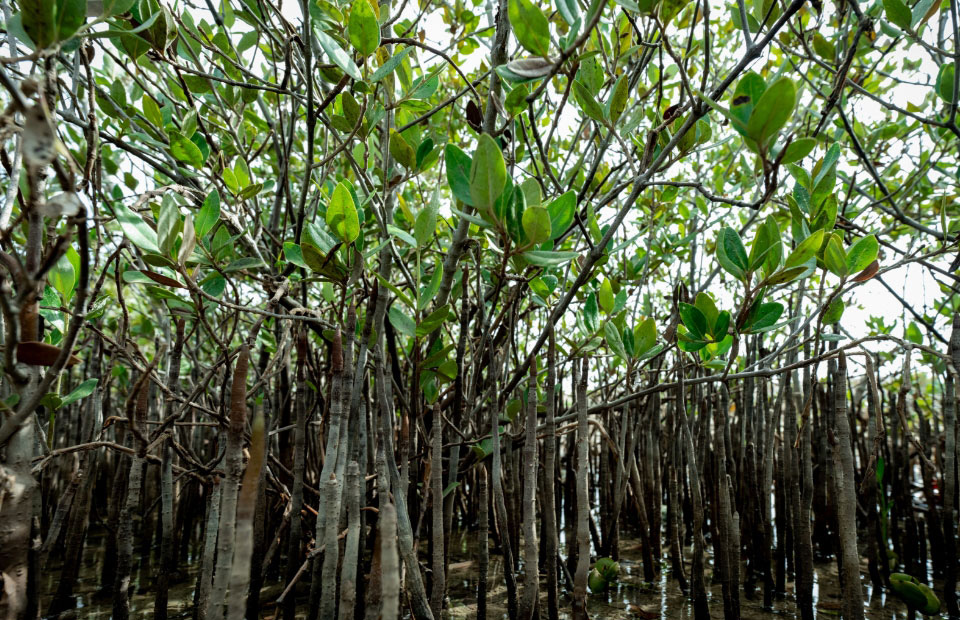 Mangroves are salt-tolerant plants with woody roots, growing along shallow coastal waters. With one foot on land and one in the water, these amphibious plants provide food, shelter, and nursery habitat for many animals including birds, crabs, lizards, shrimp, mollusks (including snails), and fish.

The dominant mangrove species found at KAUST is Avicennia marina, also known as grey or white mangrove because the plant’s leaves and stalks are often adorned by salt crystals. Red mangroves (Rhizophora mangle), a separate species, exists in a small area near South Beach. Find more about KAUST’s mangroves here.

KAUST’s live-streamed FISH KAM showcases the Red Sea marine life in real-time during daylight hours and gives our community (and anyone else in the world) a window on the amazing preserved biodiversity in KAUST-protected waters. Viewers around the world have seen reef fish, rays, turtles, and octopi on FISH KAM.